I’ve been asking Golem to play my wedding for the past decade, since long before I met my wife, Tamara. I’d seen them at least 21 times previously, including one fake wedding and one real wedding. Last month, my dream came true: Golem played our wedding!

In Chapter 4 of Oy Oy Oy Gevalt! Jews and Punk, I discussed how Golem is a klezmer-rock band with a punk edge. But at the end of the day, they’re not a punk rock band. They perform at more weddings than concerts, and the skilled musicians play a versatile range of music. Klezmer-rock is the core of what they do, but they excel far beyond that.

Golem played a varied set that was great whether the tempo was fast or slow, the songs familiar or unfamiliar, the language English, Yiddish, or other. They performed with tremendous energy and charisma. Singer Aaron Diskin was a masterful showman, engaging with the crowd and giving off a vibe more reminiscent of a concert than a typical wedding. Singer/accordionist Annette Ezekiel Kogan drew compliments from our guests for her beautiful voice. At different times, Jeremy Brown’s violin, Brandon Seabrook’s guitar, and Curtis Hasselbring’s trombone stood out and shined exceptionally. The rhythm section of Taylor Bergren-Chrisman on bass and Tim Monaghan on drums was superb. Especially looking back at the video, wedding guests from all generations were dancing and having a blast.

There were myriad musical highlights. The epic 16-minute hora rocked hard, and I couldn’t get parts of it out of my head during the honeymoon. A cover of the Ramones‘ “Sheena Is a Punk Rocker” (while the mezinke was still going on!) garnered enthusiastic dancing. A cover of Chuck Berry’s “Johnny B. Goode” invited air guitar. Golem did a fantastic job with “Can’t Take My Eyes Off You” (first dance) and “Sunrise Sunset” (the father/daughter and mother/son dance). It was surreal hearing songs I love from Golem’s non-wedding oeuvre at my wedding. When Tamara and I were walking around mingling and all of a sudden I heard “Odessa” or “Freydele,” I insisted we run to the dance floor. The frenzied “Meat Street” generated a spontaneous, exhilarating mini-hora with friends.

Now I have to wonder how many of our friends are dreaming of having Golem at their wedding despite not having found that special someone yet. I highly recommend Golem to any couple looking for a wedding band!

We’re fortunate to have beautiful photographs from Christopher Duggan Photography, so I’m sharing one photo of each band member followed by a shot of Golem from the prelude to the ceremony. 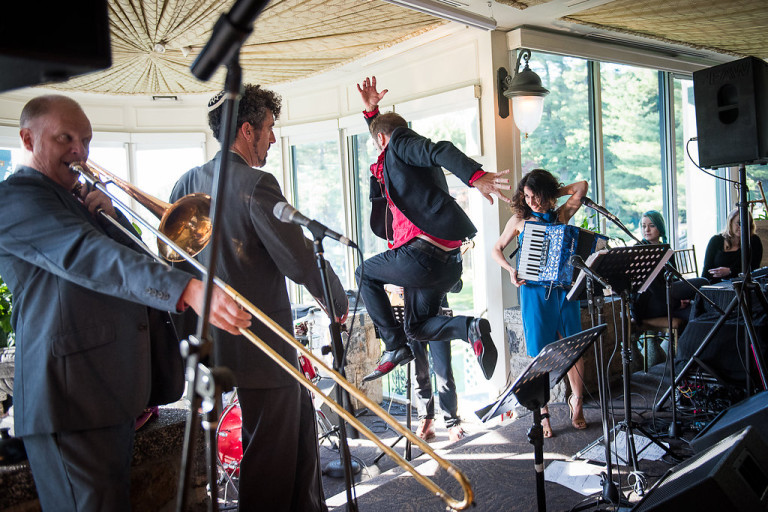 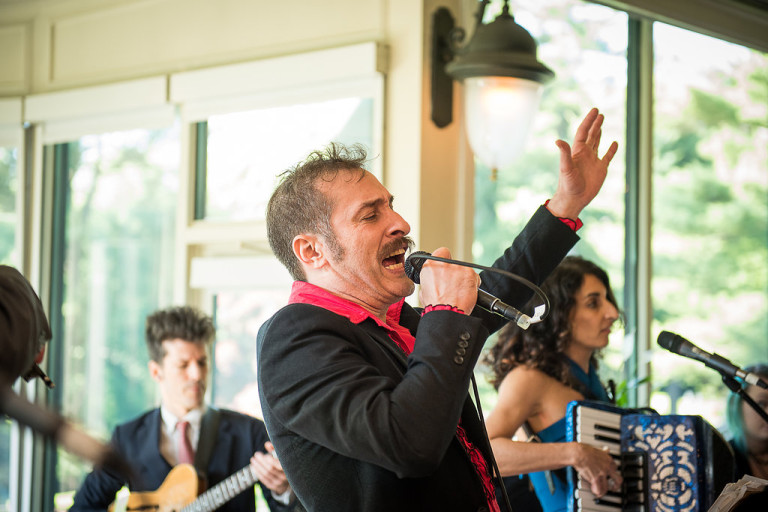 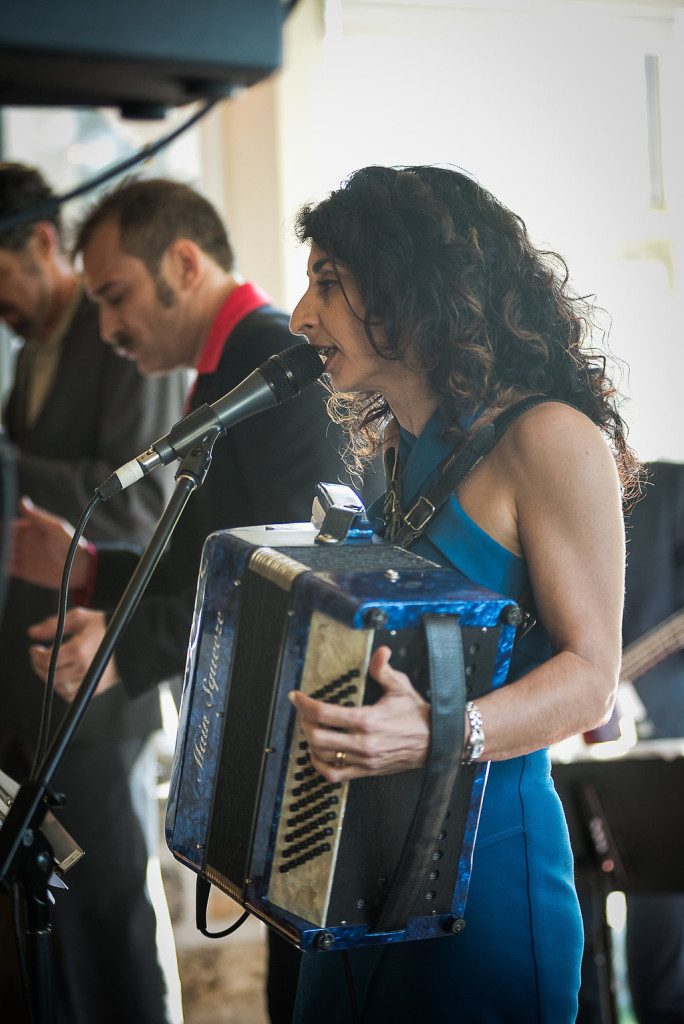 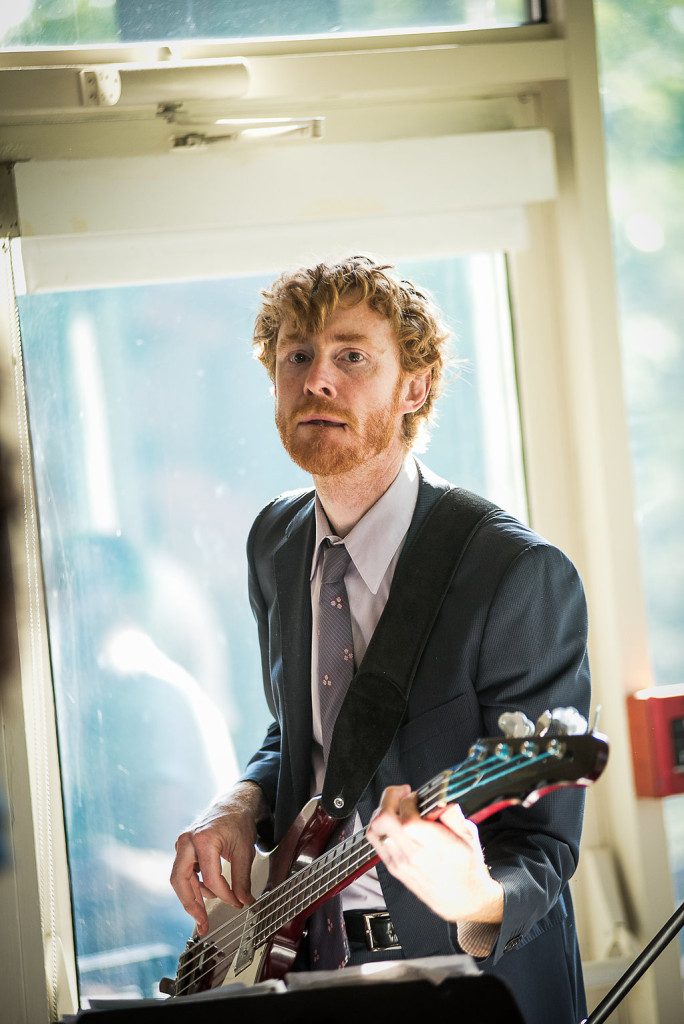 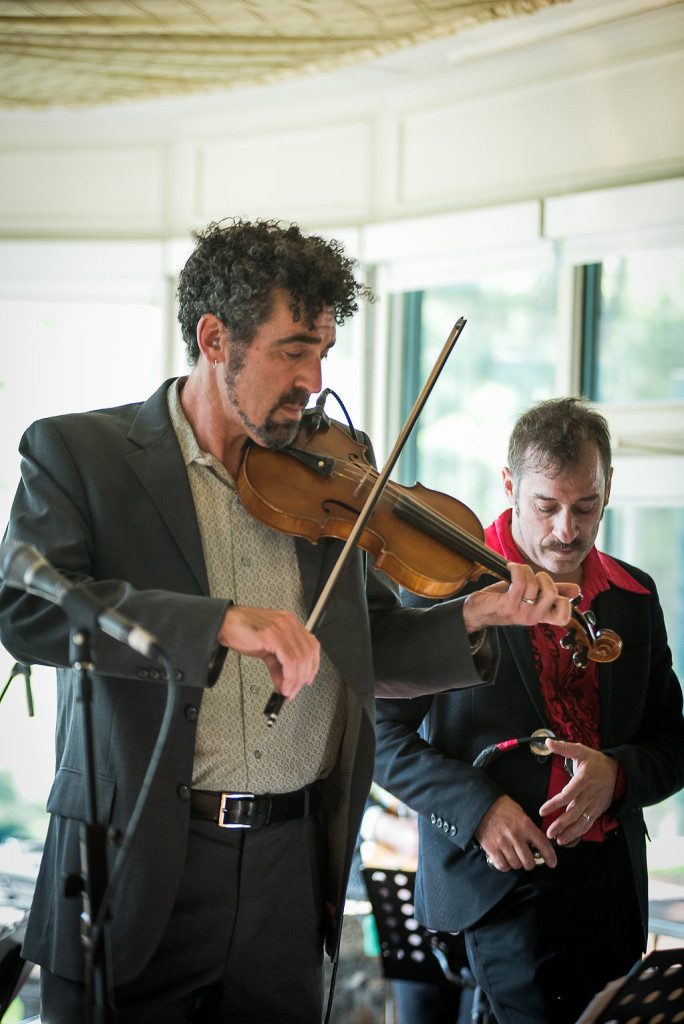 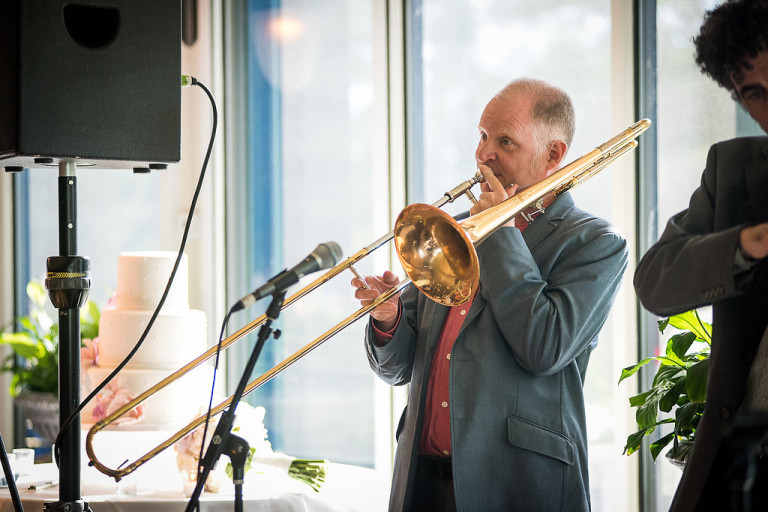 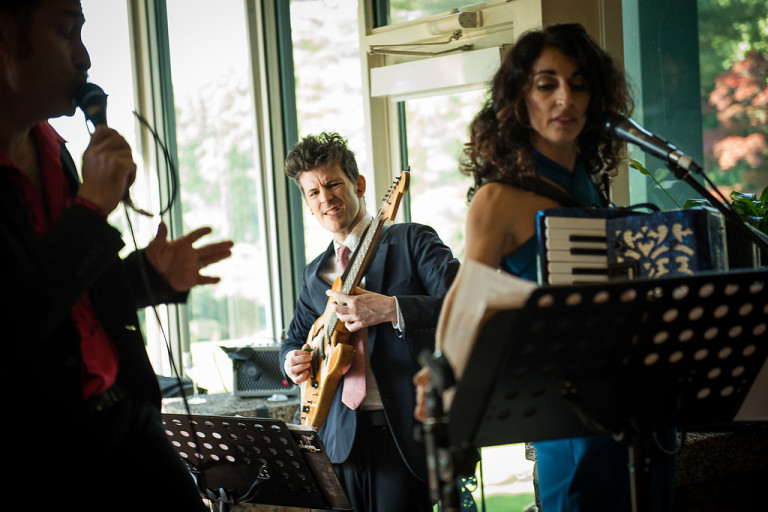 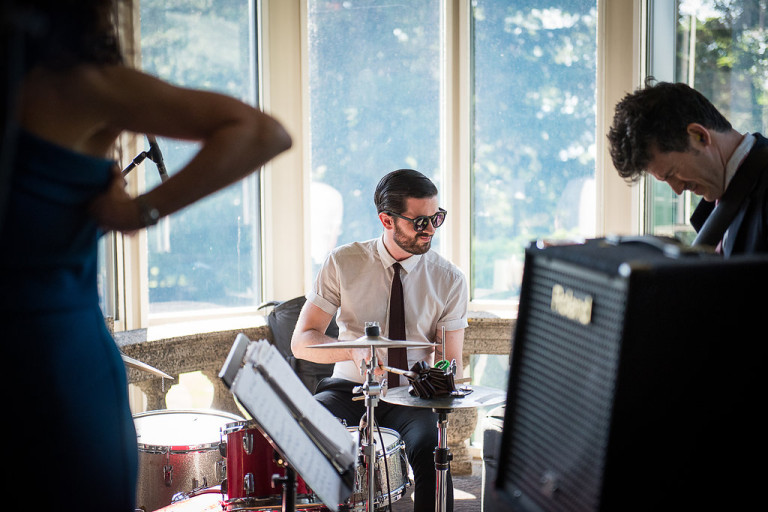 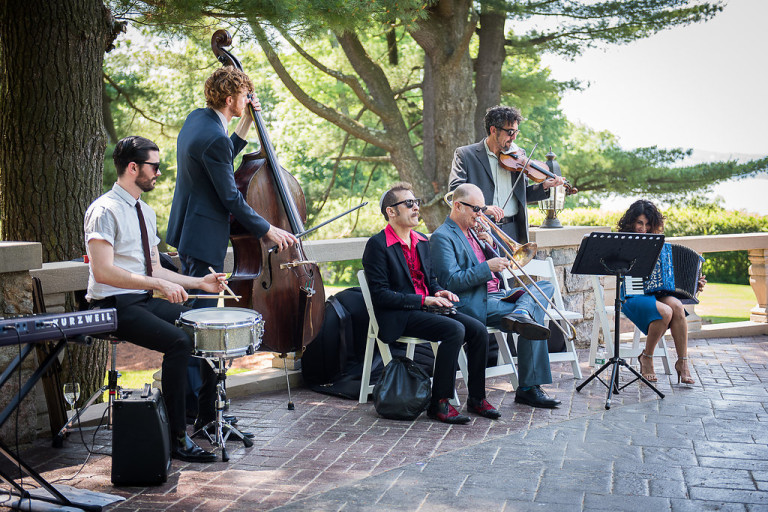